A majority of the products that are used as medicines by humans comprise carbon-based organic compounds, which are synthesized by combining multiple chemical reactions. However, when it is crucial to perform several reaction steps before achieving the synthesis of the desired compound, considerable time and effort are spent, as well as a considerable amount of waste is generated, thereby adding to the environmental burden.
Our synthetic team is conducting research on reaction methods that can improve the synthetic yield of pharmaceutical products to the maximum. Hence, in 2002, our team developed a new dehydration condensation agent, namely 2-methyl-6-nitrobenzoic anhydride (MNBA), which can drastically enhance the production efficiency of antibiotics and anticancer drugs.
Dehydration condensation is a structural transformation where two hydrogen atoms and one oxygen atom are simultaneously removed from organic molecules, and two compounds are ligated using a reagent such as a dehydrating condensation agent. For decades, dehydration condensation has been employed to construct the basic skeleton of pharmaceuticals. However, as conventional methods require harsh reaction conditions, including the use of an acid catalyst or high temperatures, issues related to the destruction of reagents or compounds that serve as the raw materials were noted.
With the establishment of the Shiina laboratory in 1999, compounds and reaction conditions for the invention of the fastest dehydration condensation reaction in the world were thoroughly analyzed, which finally led to the development of MNBA.
After the establishment of this new technology, MNBA has been widely used to synthesize new antibiotics, molecular target anticancer drugs, and drugs for diabetes treatment, and more than 2000 successful results have been reported worldwide (Please check YouTube using “YouTube MNBA Shiina” as the keyword, Fig. 1). 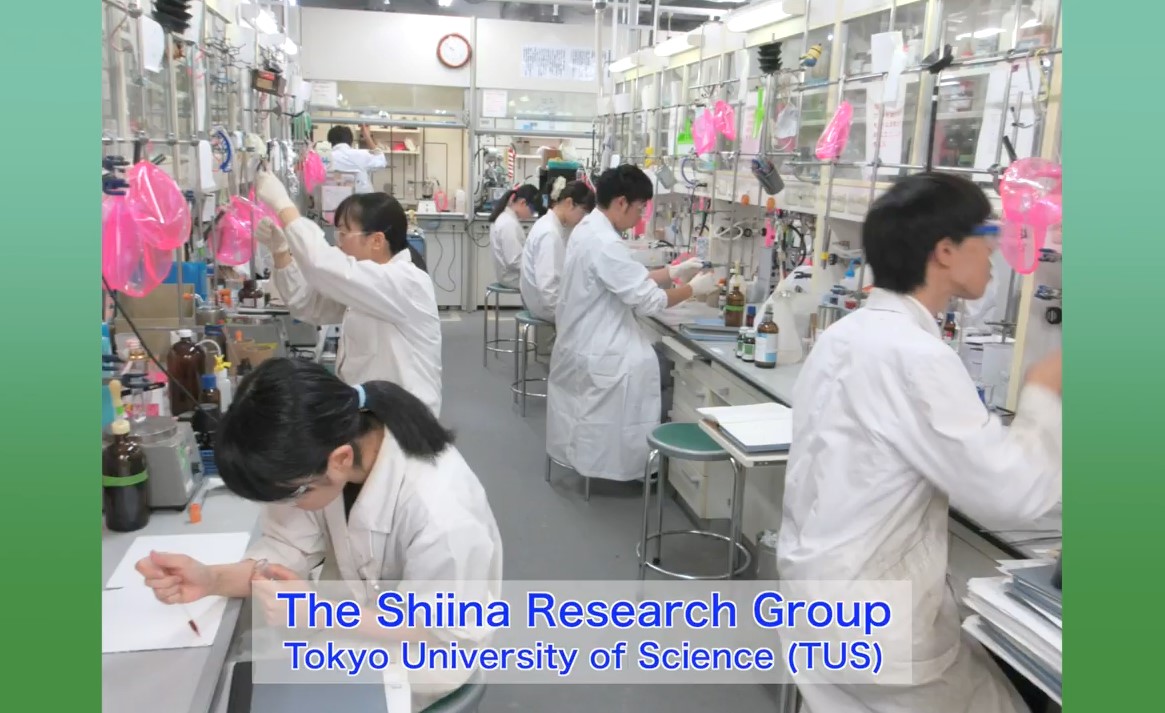 In this chemical biology division, research on the “Development of New Reactions” and “Total Synthesis of Natural Products” is interconnected as major research topics. Total synthesis involves the artificial synthesis of natural-derived chemical substances with complex molecular structures using a minimum amount of raw materials. For example, some rare chemical compounds extracted from soil-borne bacteria exhibit anticancer properties. If these compounds can be artificially synthesized, not only the stable production of medicines can be achieved but also the chemical structures that are optimum for pharmaceuticals, including the suppression of side effects, can be designed.
In the total synthesis research, MNBA is predominantly used for the synthesis of organic compounds exhibiting anticancer properties.

Our team completed the total synthesis of M-COPA, which limits the function of the Golgi apparatus that is responsible for the transport of intracellular proteins. Both domestic and international research groups have attempted to apply this compound to cancer cells activated by the Golgi apparatus to block transportation pathways and to suppress the growth of cancer (Fig. 2). At the Shiina laboratory, our team has worked toward the development of a large-scale method to prepare M-COPA for use in animal experiments.
Each reaction step was analyzed to ensure gram-scale production, or higher, of M-COPA with seven consecutive stereogenic carbons. Our team established largescale synthesis by effectively employing organic reactions, such as asymmetric aldol reaction, intramolecular Diels–Alder reaction, and MNBA dehydration condensation reaction. Experiments to verify the effect on cancer cells using M-COPA via total synthesis have been conducted, and even the inhibition of proliferation of cancer, which has been thought to not be cured using the current anticancer drugs, has been observed. In addition, other outstanding achievements have been consistently reported in articles. The design of a synthetic method in the anticipation of the development up to industrial use has played an important role in successfully achieving this objective.
In addition, these results have also been presented on YouTube. These can be viewed on the YouTube handle “YouTube M-COPA Shiina” or “YouTube Shiina Laboratory TUS.” 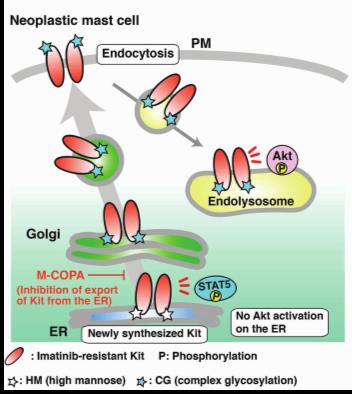 Recently, the discovery of new medicines originating from academia via industry–university collaboration from an industrial viewpoint has attracted a significant amount of attention. Results obtained from such researches provide a methodology for solving various issues associated with the development of drugs derived from natural sources.

In this project, novel biological research will be conducted by completely exploiting organic synthesis technology, referred to as the “total synthesis of naturally occurring products,” which has been scarcely used so far for the discovery of new drugs. Synthetic studies based on natural product-derived compounds lead to the production of novel drugs with a unique mechanistic MOA and pave the way for the treatment of intractable diseases that have not been treated thus far.