Center for Fire Science and Technology

In 1981, Tokyo University of Science established Department of Fire Science and Technology in its Institute for Science and Technology. The aim was to set up a research center that would promote research on the safety technology to protect human life and property from fires, and research on the fire science that supports the technology. This development was initially started by the inauguration of a course on Architectural Fire Safety Engineering when the Department of Architecture, TUS was founded some 50 years ago. In this way, TUS laid the foundations of research and education on fire science ahead of the times, when such developments were unknown in other universities. These foundations have yielded a strong record of accomplishment of achievements since then, as amply illustrated in the fact that we have received two prestigious awards from the International Association for Fire Safety Science, the highest authority body of its kind in the world. The first of these was awarded for “Meritorious achievements in research contributing to the advancement of fire safety science”, and the second was for “Meritorious achievements in education producing numerous researchers in fire science”. In the past, Japan has suffered many fires in large buildings, which have claimed a large number of human lives. Members of the Department of Fire Science and Technology, TUS have been involved in appraising the majority of these serious building fires since 1968.

In recognition of this record of accomplishment, the Department was included in the 21st Century COE Program of the Ministry of Education, Culture, Sports, Science and Technology (MEXT) in fiscal 2003, as a “Center of Advanced Fire Safety Science and Technology for Buildings”. It is currently engaged in activities aimed at establishing itself as a research and education center on fire science and fire safety engineering at the world’s highest level. Other aims are to promote the advancement of fire safety engineering and the training of young researchers and specialist professionals. We will continue our efforts in offering innovative education and research to protect human lives and properties from fires. Following the 21st Century COE Program, which concluded in 2007, the Global COE Program 2008, which would conclude in 2012, further adopted the “Center for Education and Research on Advanced Fire Safety Science and Technology in East Asia”. Now, the Center restarted as a five-year project after having been selected as a 2013 recipient of the Private University Strategic Research Formation Assistance Grant from the MEXT. “Fire Safety Information Center in Asia based on Sharing Expertise-New Fire Safety in Information Society” was started. Fire Safety Information in Asia as a research base that focuses on building a network of networks, and works together to reduce fire risk in Asian cities, we have realized the global development of science, which is an issue for the 21st century.

Since April 2018, it has been playing a role as permanent organization of “Fire Science Research Center”, as a center for fire science and fire safety engineering that represents East Asia.

Taking the opportunity of being adopted as the 21st Century COE Program, this laboratory was built in March 2005. It is one of the largest and most functional laboratories in the world meant solely for fire science. Built at Noda campus, it has a building area of 1,500 m2, and gross floor area of 1,900 m2, and a height of 20 m (Photo1). Members of the Center constructed a basic plan and did the designing utilizing their wealth of experiences, so that the laboratory would enable us to promote world-leading researches on fire sciences.

In March 2006, a large-scale fire furnace was added. Other large-scale experimental facilities to be included in the laboratory are composite furnace, fire resistance assessment machines for exterior wall materials, and combustion performance testing facilities, which are needed internationally, to contribute to the advancement of innovative researches.

The Master’s Course in Fire Science & Technology at the Tokyo University of Science’s Graduate School of Global Fire Science & Technology was established in April 2010 is the first postgraduate fire science course in Asia, and is aimed at those employed in the area of fire science and safety (such as the construction, firefighting, and non-life insurance industries) as well as students from Japan and overseas who want to become fire safety technicians and fire officers.

The graduate school represents one aspect of the MEXTs Center of Excellence (COE) program, “Center for Education and Research on Advanced Fire Safety Science & Technology in East Asia”, being promoted by the Center for Fire Science and Technology, and aims to establish Asia’s first definitive fire science education facility. The school to familiarize students with basic theory in a practical setting uses the Fire Research Test Laboratory. 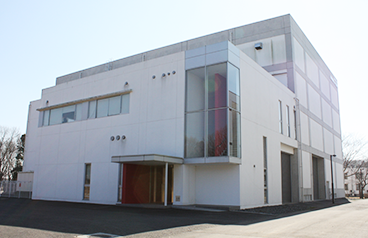 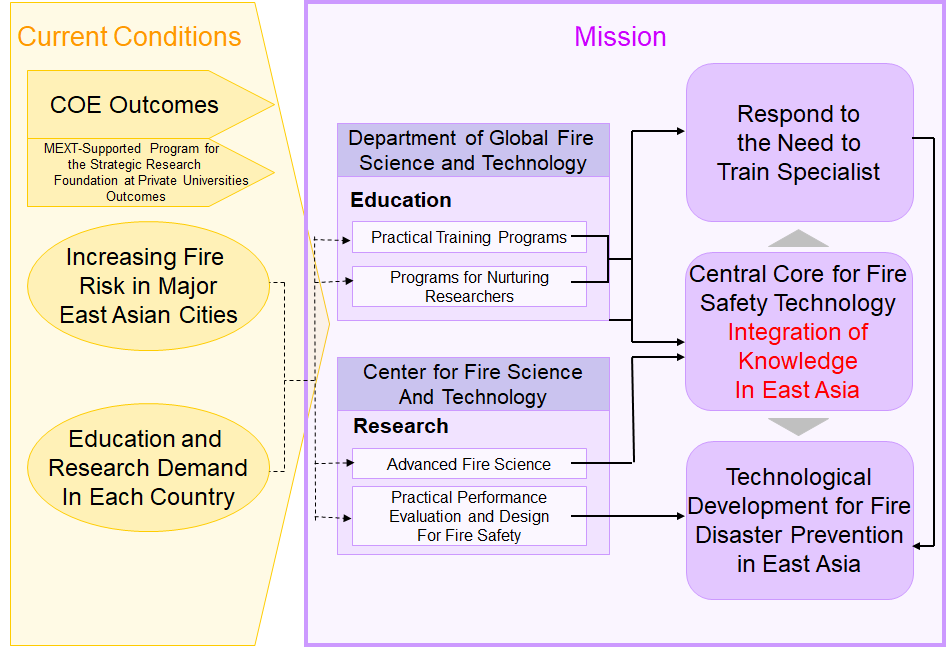 Fig.1 Perspective of the Center for Fire Science and Technology 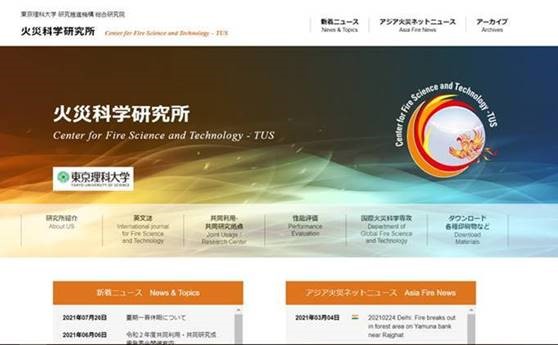 To establish an education and research center at the highest level of the world, to meet various social demands concerning fire safety, and to contribute to society.

Safety and security play pivotal roles in social development. TUS has, as a core of the fire safety engineering community both domestically and internationally, contributed to their advancement. In recent years, major cities in East Asia in particular have been undergoing marked development at a speed that no other Asian countries, including Japan, have ever experienced. We have a duty to mitigate this urgent situation sufficiently and, at the same time, to develop the innovative educational research system to prevent the occurrence of such fire accidents.